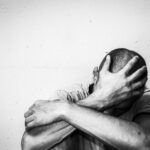 What are the types of assault charges in Canada?

The different types of assault in Canadian law include:

Assault with a weapon, which applies if someone carries, uses or threatens to use a weapon while committing an assault.  A weapon can be any item used to commit an assault, and is not limited to things like knives, guns or other traditional weapons.

Aggravated assault, which applies if the complainant is wounded, maimed, disfigured, or has their life endangered by the assault.  If the assault causes breaking of the skin, a permanent injury, a broken bone, or the risk of death, it is likely to be considered aggravated assault.

Sexual assault is a different offence from assault, despite the name.

What is domestic assault?

“Domestic assault” is not a specific charge under the Criminal Code of Canada.  What makes a crime “domestic” is the nature of the relationship between the complainant and the accused.  This means that the assault takes place between relatives or romantic partners. In these cases the domestic relationship is considered an aggravating factor in sentencing, and it is up to the Court to decide if a crime is “domestic” or not.  Therefore the domestic relationship can be a factor in charges other than assault, such as mischief to property, intimidation, unlawful confinement and more.

What are bail conditions for domestic violence charges?

There are increased precautions and concerns for safety if a case is classified as domestic by the Crown Prosecutors.  Therefore the accused is prohibited from returning to the family home or the workplace of the complainant and may face additional bail conditions.

Other bail conditions may include no alcohol consumption, an imposed curfew (the accused must stay home during certain hours) and no contact with children.

It is very important to follow all bail conditions and to attend all court dates if facing domestic violence charges.  No-contact conditions may be lifted with the help of a lawyer, who can negotiate with the Crown on your behalf.  An experienced lawyer will have the necessary experience to effectively negotiate and address the Crown’s concerns to secure conditions most appropriate for your personal circumstances.

What is the role of the complainant in domestic violence cases?

Domestic violence cases are unique in that the complainant is often in an ongoing relationship with the accused, and may want to continue the relationship in some form.  Depending on the circumstances, the cooperation of the complainant can have a significant impact on the process and outcome of a domestic charge.

Complainants have a number of options to influence how a domestic violence charge is handled. They can:

We recommend that complainants in domestic violence cases consult a lawyer on their own behalf to help them navigate their own role in the case.  This is especially important if the complainant wants to influence or alleviate the conditions for the accused.  Speaking directly with the Crown or Nalah Centre without a lawyer can have unintended consequences, including harming the interests of the accused, or even incriminating themselves in some cases.

What are the potential outcomes for domestic violence cases in Edmonton?

Typically Alberta police lay charges in nearly all cases where a domestic violence case has been made.  It is also the policy of the Alberta Prosecution Service to proceed with prosecution in domestic cases.  However, many domestic cases do not reach the trial stage.  They may be resolved with a guilty plea or peace bond, or there might be evidentiary issues that prevent the case from proceeding to trial.  Sometimes the case is dropped if the complainant doesn’t want to proceed with prosecution.

Charges may be dropped if the accused enters court-ordered conditions of a peace bond.  They must obey the conditions of the peace bond or may face criminal charges.  Peace bonds are protective orders that can be enforced anywhere in Canada and can be in place for up to a year.  If the threat persists, the peace bond may be renewed by application to the Court.

Where can I find domestic violence lawyers in Edmonton?

Domestic assault charges are serious and it is important to consult an experienced criminal defense lawyer if you are facing charges.  It is also important to seek legal advice and support if you are a complainant navigating a domestic violence case.  Kolinsky Law lawyers are experienced and knowledgeable in this area and can ensure your interests are effectively and fairly represented through the entire process from allegation to trial.

Being charged with a criminal offence is a life-changing event but you don’t have to face this stressful situation alone. Choosing a criminal lawyer that best represents your rights is important both to ease your fears and to advise and help you through the legal process. At Kolinsky Law, our reputation, years in practice, and expertise help you find the best outcome possible no matter your situation.

or Call for a Consultation