How does a prenup affect divorce? 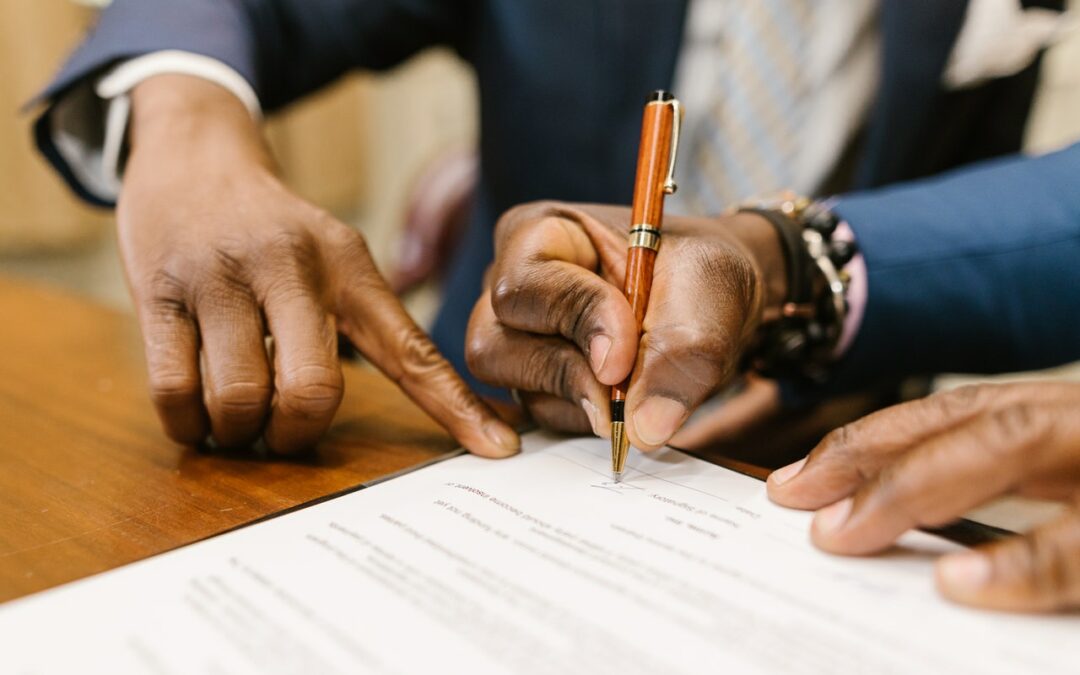 Prenuptial agreements can be compared to disaster planning. No one wants bad things to happen, but being prepared for problems can reduce negative impacts. When it comes to marriage, people cannot obtain a 100% guarantee that their marriages will last. However, they can take concrete steps to avoid expensive divorce battles, which is exactly the purpose of a prenuptial agreement. Many reasons can motivate partners in Edmonton, Alberta, to complete a prenuptial agreement. This legal instrument is also known as a marriage agreement, marriage contract, or domestic contract.

Partners sign this contract prior to getting married. The contract spells out how they would divide their assets and debts should they choose to divorce. The terms may also address spousal support and child support.

How Does a Prenup Affect a Divorce?

A marriage agreement is meant to eliminate or reduce conflict during a divorce. Splitting couples turn to the agreement and follow the roadmap for marital dissolution that they agreed to earlier. This process typically keeps expenses to a minimum and produces a timely resolution.

The contract should spare people from having to spend large amounts of money on litigation. A divorce that requires a judge to settle two people’s differences will involve long delays, court fees, and lawyer fees.

Long delays mostly arise for two reasons. The ex-spouses might spend weeks or months arguing privately about property division or spousal support. When these discussions fail, they must schedule court appearances, which could be weeks or months in the future. This prolonged period leaves people unable to plan their next moves in life due outstanding questions about debt obligations, asset ownership, or income. Leaving the outcome in the hands of a judge also introduces risk for one or both parties.

Although a marriage agreement can reduce expenses related to divorce, a contested prenuptial agreement could have the opposite effect. A legal battle just to determine the enforceability of the contract will result in extra legal expenses. For this reason, a marriage agreement should be made in consultation with two lawyers. Each person needs a separate Edmonton prenuptial agreement lawyer during the process. Separate representation aids in the creation of an enforceable contract.

What Does a Prenup Do in Alberta?

A marriage agreement allows people to deviate from many of the rules established by the Family Property Act. This does not mean that a prenuptial agreement can impose grossly unfair terms, but it can let people decide for themselves what is fair and reasonable.

A marriage agreement willingly signed by both parties can in many situations produce outcomes that differ from what family law normally imposes. Should a court have to decide how to settle a divorcing couple’s affairs, the judge will apply the laws within the Family Property Act in Alberta and the federal Divorce Act. These laws are meant to divide spouses’ assets and debts in an equivalent fashion.

Family law at the provincial and federal level does exclude certain premarital possessions from marital property. A marriage agreement, however, can add more exclusions that would not normally be granted under existing law.

For example, a business owner who gets married might wish to address how the value of a business that accrues during the marriage would be divided in a divorce. Such a couple might agree that the non-business-owning spouse could receive 25% of value acquired during the marriage instead of half. Alternatively, other assets might be granted to the spouse in exchange for making no claims upon the business’s value.

Although a marriage agreement may talk about child custody or child support, its terms cannot violate family laws concerning these rights. The contract does not have the power to deny a parent access to children nor can it result in child support payments that would be lower than what child support guidelines would require. A court must review what the contract says about custody and support and evaluate the terms based on the best interests of the child before granting approval.

Why Do People Get Prenuptial Agreements?

When the super-wealthy and celebrities end their marriages, headlines often mention prenuptial agreements. This public view of prenups in Alberta can leave people with the impression that they are only for very affluent people. Although people with substantial fortunes have good reasons to use marriage agreements, the legal tool can benefit people in many situations.

How Can I Make Sure a Marriage Agreement Is Enforceable?

Creating a prenuptial agreement that can resist legal challenges starts with following the rules from the beginning. The contract must appear to have been negotiated in good faith and signed without any indication of pressure or coercion.

An important first step is for each person to hire a different lawyer. Independent legal advice is seen as crucial for helping people reach their own conclusions about fair contract terms.

Alberta law clearly states that enforceability relies on the partners having different lawyers. Each lawyer will have the client sign a document in front of a witness confirming that the following criteria were met:

When documentation does not indicate that someone had separate legal counsel or fully understood the terms, the prenuptial agreement becomes vulnerable to legal challenges.

A marriage agreement also must contain terms that are not overtly illegal for it to have a chance of withstanding legal attack. Presumably, legal representation would prevent someone from signing a contract that contained clearly illegal terms. Even so, provisions that appear very unfair or unreasonable might not survive judicial scrutiny if a departing spouse chooses to dispute them.

Can a Court Overrule a Prenuptial Agreement in Alberta?

Failing to comply with the requirements for legal representation and the witnessed statement that indicates understanding of the terms will give a court the power to ignore some or all of a marriage agreement.

Another major issue that can derail enforcement of a prenuptial agreement is the failure to disclose all assets or debts. If someone did not provide full information about finances, then the other party was robbed of the ability to make an informed decision about the contract.

The Importance of Personalized Legal Advice

Marriage agreements are delicate matters. Even raising the subject can hurt people’s feelings, but marriage or cohabitation agreements can help people truly know where they stand with each other.

A family lawyer at Kolinsky Law can evaluate your financial situation and future goals. You can get clear information about your rights under family law and how deviating from them could affect your future. Let us help you protect your financial interests from the potential threat of arbitrary judicial decisions. Schedule a meeting with an Edmonton prenuptial agreement attorney today.