What are the 3 grounds for divorce? 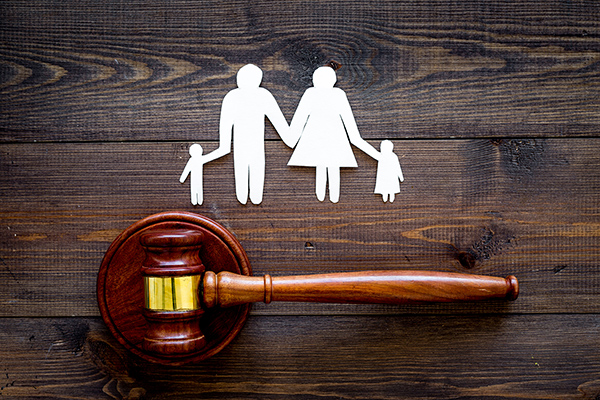 Cruelty is defined as occurring when one spouse inflicts mental or physical cruelty upon the other to the point that they can no longer live together. Cruelty can include violence, drunkenness, constant verbal abuse, or excessive drug use. Cruelty only has to occur once to be grounds for divorce, but this ground does require evidence. Incompatible temperaments or occasional episodes of unkindness do not amount to cruelty, but constant name-calling or other forms of verbal abuse may be considered cruelty.

Although it is possible to be divorced without being separated for one year due to cruelty, unless the other spouse admits to cruelty, you will have to have a trial on the issue and it will take more than one year to deal with the issue.  Also, if you condone the cruelty, such as by continuing to live with your spouse, the court may refuse to grant you a divorce on this ground. For most people, it is not practical to rely on this ground for divorce.

Adultery is when one spouse has sex with another person while the marriage exists. The applicant cannot have condoned the affair, for example in the context of an open marriage, and must provide evidence to support the claim than adultery occurred. In Alberta, there is a standard form affidavit that the cheating partner can sign to admit to adultery. The spouse who had the affair cannot file for divorce on grounds of adultery, and couples cannot jointly apply for a divorce on grounds of adultery.

Separation is the most commonly used grounds for divorce. To become divorced on grounds of separation, the spouses must live separately and apart for at least one year. The reason for the separation does not matter. It is easier to prove separation if each person lives in a separate home, but it is possible to be considered separate and apart while living under the same roof, as long as each person is living independently. For example, cooking and eating separately, sleeping in separate rooms, and not attending social events together.

You should know that you can bring an action for divorce as soon as you are separated.  However, your divorce cannot be finalized until the one year period of separation has been completed.  Also note that absent special circumstances, all issues relating to the custody and support of children must be dealt with, either by agreement or trial, before the court will grant you a divorce, even though you have been separated for over one year.

Can I get a no-fault divorce in Canada?

Canada has a no-fault divorce. That means that the partner responsible for the breakdown in the marriage is not taken into consideration when determining property division or rights and responsibilities related to childcare and support. The Canadian legal system is not interested in placing blame in cases of divorce, so it is more important to protect your own legal rights than to prove your ex-spouse’s responsibility for the end of the marriage.

The only place where fault plays a role in Canadian divorce law is if you are seeking a divorce on grounds of cruelty or adultery. Unlike separation, cruelty and adultery grounds do not require a year-long period of separation. However, they do require proof that cruelty or adultery took place.

Once the divorce is granted on any grounds, however, the fault for the divorce will not factor into the court’s decision regarding custody or property division. For example, a cheating spouse may be at fault if they are divorced on grounds of adultery, but they will not necessarily lose custody of their children because of that.

Do I have to be a citizen to get divorced in Canada?

In most cases, you have to be a resident of Canada to get divorced here, but you do not have to be a Canadian citizen. You can get divorced in Alberta if you were married in another province, but one or both spouses must live in Alberta for at least a year to get a divorce here.

There is an exception to the Canadian residency requirement if the couple were married in Canada and cannot undo the marriage in the country they live in because that country does not recognize their marriage.

Divorce is just part of the process of ending a marriage

In strict legal terms “divorce” is just the legal ending of a marriage and doesn’t deal with issues of property division, custody and child or spousal support. Even in the most amicable divorces, coming to a separation agreement is a challenging and complicated process — both legally and emotionally. Whether a divorce is amicable or contentious, whether you have many shared assets and children, or not, it is important to consult with an experienced family lawyer before filing for divorce.

If you are considering divorce, consult with a Kolinsky Law experienced family lawyer in Edmonton. We will help you understand your options and the benefits and challenges of pursuing the right grounds for your case, and ensure you get the separation agreement you deserve.